Or arrange a callback now

The increasing connectivity of industrial control systems (ICS) and the convergence of operational technology (OT) and IT networks are expanding the attack surfaces of industrial systems and critical infrastructure facilities. As a result, previously isolated environments are becoming exposed as operators push to utilize new technologies for modernizing their facilities and taking advantage of the possibilities of Industry 4.0.

Industrial control systems and surrounding OT networks are often designed to run for 10 or more years, with safety and availability as the primary performance indicators. That means they are usually seen as islands and wholly separate from the fast-moving threat landscape of the IT world. However, due to the strong demand to use new possibilities that come with digitalization, these previously isolated systems are becoming exposed. Threat actors increasingly target these systems, and the ability to impact or even shut them down gives them enormous leverage. 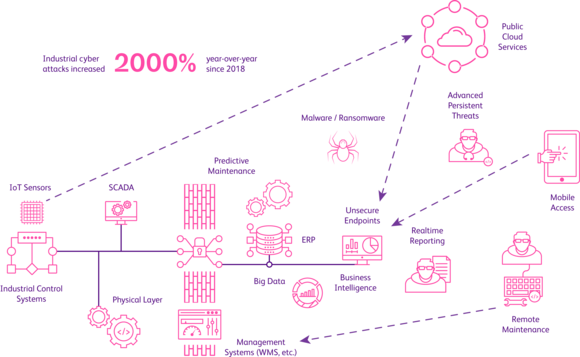 Because these systems used to be isolated, they were not designed with security in mind. Regulatory requirements and the still present never-change-a-running-system mindset mean that systems are not, and often cannot, be patched, leading to a large number of vulnerabilities and exposure to cyber risks.

In addition, the growing IoT landscape requires innovative solutions for highly distributed networks of devices that can be mobile and pose challenges for patching, security, and control.

What are the main Challenges when securing OT and IoT Networks?

Innovation requires Connectivity: With the move to Industry 4.0 and smart manufacturing, modern production lines are becoming more exposed as they become more connected.

Change Reluctance: There is often a reluctance to change existing OT networks and components because of concerns that changes could affect availability or because a production line is certified with a specific setup. As a result, security patches and updates are neglected or unwanted, leaving the line exposed.

Specialized Technology: Industrial (SCADA) protocols used for communication between the components in OT networks require specialized equipment and know-how to be monitored and interpreted. In addition, the complexity and size of data streams require automated behavioral analysis and pattern recognition.

Legacy Lines: Production and manufacturing lines are often designed to run for 15 years or more, which means that modern security threats were not sufficiently considered in the design. A lack of network segmentation, no visibility of malicious activities, missing asset management, and legacy PLC vulnerabilities can create risks.

IT vs. OT: Responsibilities for IT security and OT are typically separated, each following different interests. IT security measures like patching and network segmentation cannot be easily implemented as the availability of the line has a higher priority.

Visibility of Activities: Operational technology networks are often not monitored for unwanted activities and cyberattacks, so attacks often go unnoticed. 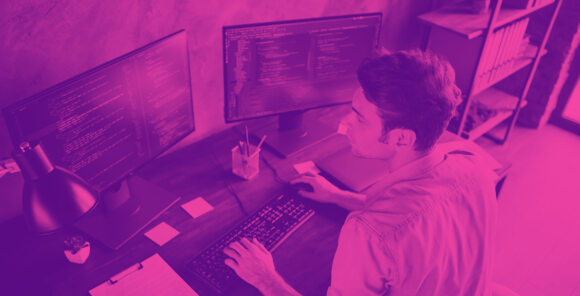 An Approach that combines Technical Consulting with Market-Leading Solutions

Protecting of your critical Assets is our Top Priority

Talk to our Industrial Security Experts today to learn how we can help you protect your critical assets
Start now!